skip to main | skip to sidebar

Yet another family wedding...

It seems as if us Hoffmans (or formerly Hoffmans) have been saving up all or our marriages for this year. This time it was my cousin, Erik (completing the third marriage in the year). His lovely bride is Olga. Taking place at the Monday club in San Luis Obispo, Josh and I attended this rather casual but meaningful wedding. My cousin and his bride have been dating for "5 years". I say this in quotes because I wasn't counting the 4 years before that they started dating that one or both of them liked eachother. I will never forget my cousin's first comment to me about Olga. It was his freshman year in college at Cal Poly, where him and Olga lived in the dorms together, 1999. I had come to stay in his dorm room during Thanksgiving with him and noticed that there were a few stuffed animals beside his bed. "Erik, wow, stuffed animals!" I teased. "Oh..." he said fake non-chalently, "those...I am babysitting those for a friend." As I didn't try to hold in my laughter, I asked which friend. And that was when I first heard Olga's name. It was also the day that I figured that they would probably get married one day. And look at this...9 years later and they have rings! 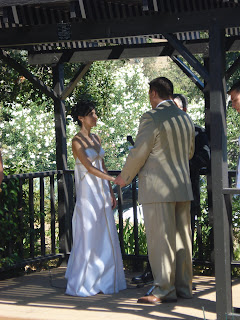 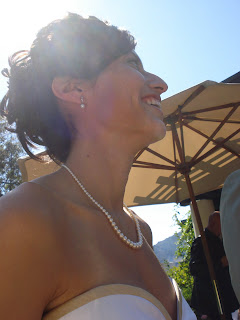 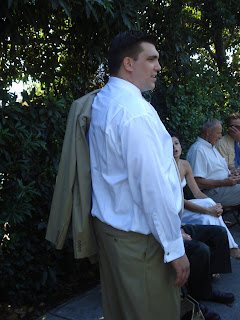 I couldn't resist putting in yet one more picture of us... We are newlyweds... What do you expect?!! 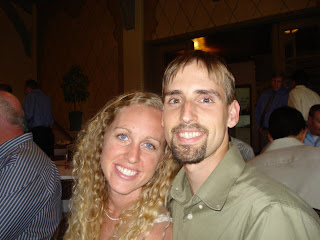 Their first dance. I love the look in Olga's eyes. 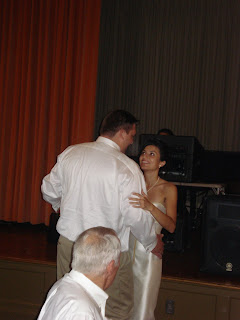 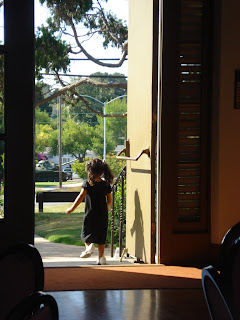 The kids at the wedding were very endearing. The above photo is one of Olga's family members and the below is of my little cousin Alex, who refused to give me any face forward pictures. I was glad for this one. What beats an action shot. She looks like she could be off chasing some sort of bad guy. Go Alex!!! You can catch him! 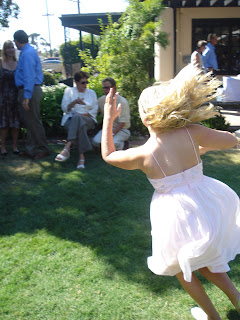 What would a wedding be without a pinata? My cousin Reed really knew how to swing his pinata stick. 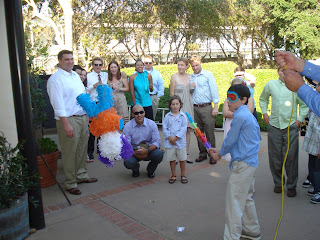 The next morning, all of us went to breakfast at the Madonna Inn. Gee, can you tell by the pink chairs and the rediculous goblets on the table?!! My dad really was having a good time. He looks stoic in this picture. I like it. 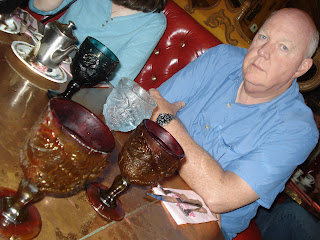 Last but certainly not least (in price at least...) is my grapefruit. No, this was no ordinary grapefruit. The Madonna Inn successfully charged me $3.75 for this HALF grapefruit. I wanted a whole grapefruit, but who pays $7.50 for one grapefruit that you could buy for $.50 at the store. So, of course, it deserved documentation. I want to at least give it publicity so that I can make the price worth it. Enjoy it. 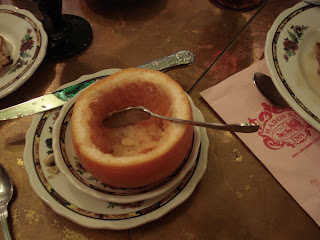 Was the grapefruit good? 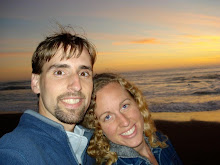 'Dzoe' is the transliterated word for life abundant in Koine Greek. Jesus is the author of this life abundant and through His death and resurrection, we are immersed in His love for us and saved by His grace alone. We give Him the glory for any and every piece of our life that we are blessed to have.